Lisbon has been on our bucket list for quite sometime now and having spent years listening to friends rave about it, coveted all Instagram feeds galore and hyperthetically planned out exactly where we would stay,   we decided enough was enough, it was time to see it for ourselves.  Luckily we had about five days to play with and decided to extend our trip to the South of the country, having never been to Portugal (who knows why?) it was a good chance to have a look albeit speedy look around.

…But firstly, let us start at the beginning with our tales of this charming city, with traditional Portuguese tiles, cobbled winding hilly streets, Pasteis de Nata a plenty, rattling trams, G&T’s on the go and my absolute favourite…. Fado…And just like the Latin translation of ‘Fado’, Lisbon you were meant to be…. 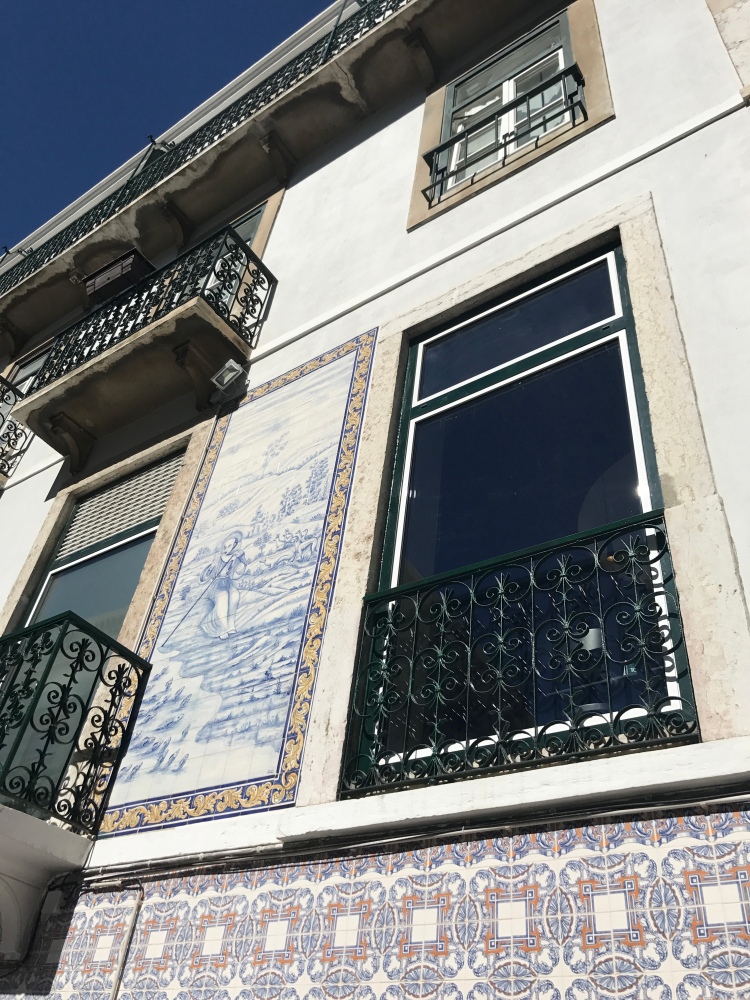 We dropped off our bags at our beautiful Lisboa apartment, Baixa House, which you can read about here, an apartment so lovely I could have happily just stayed there for a few days, but there were sights to see and Pasteis de Natato eat.  The good thing about Lisbon is it is relatively small and also there isn’t the huge tick list of sights to tick off as you get with other cities and the majority of it you can see by wandering the streets and getting lost amongst the beauty of it, the best way to see a city I think? 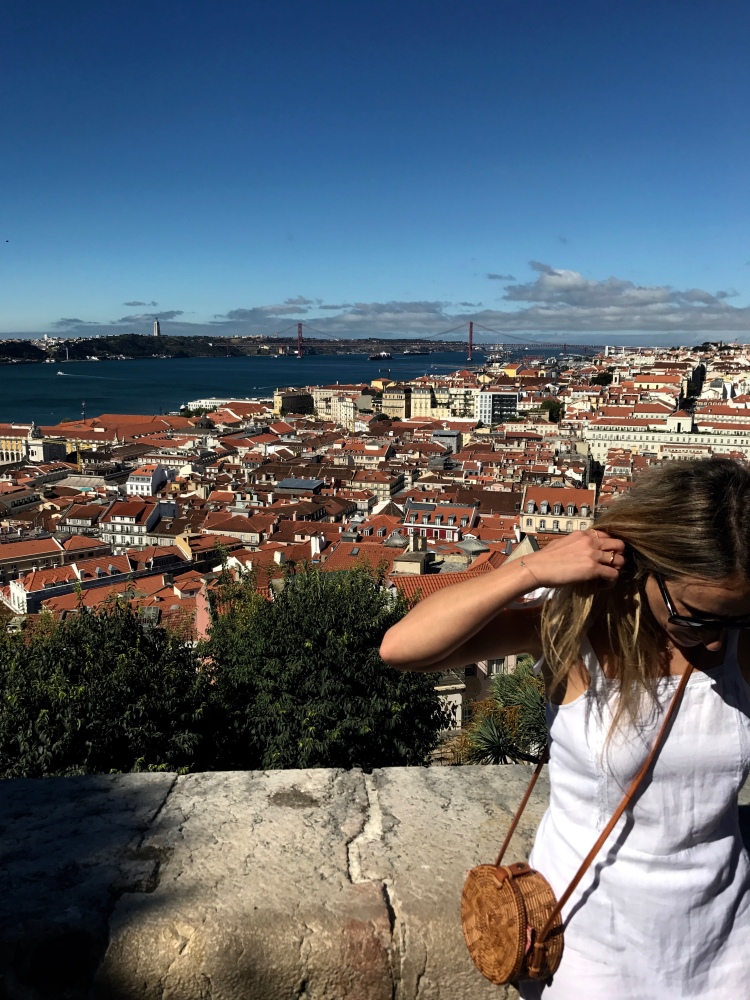 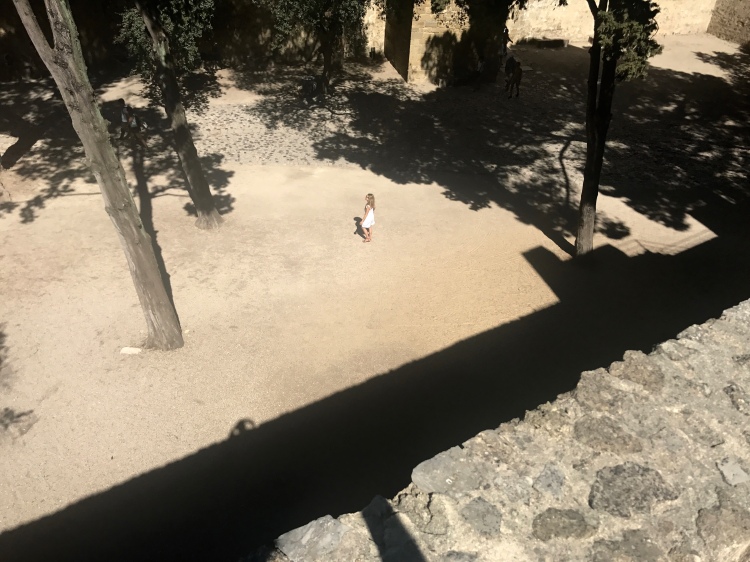 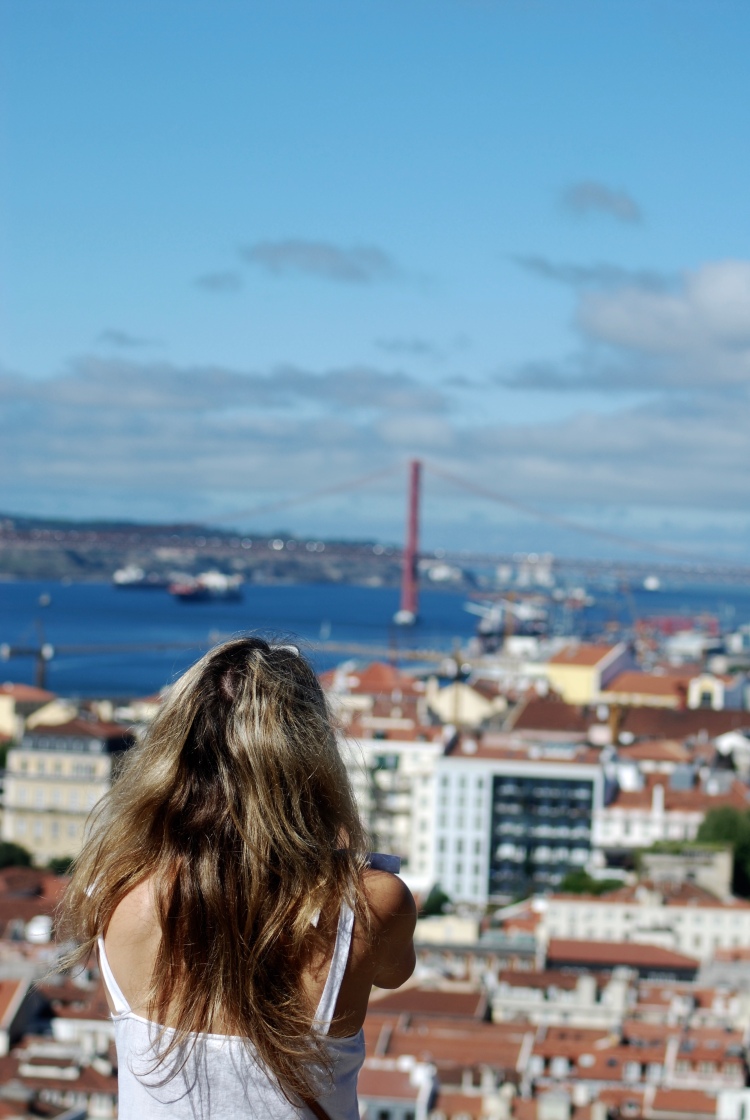 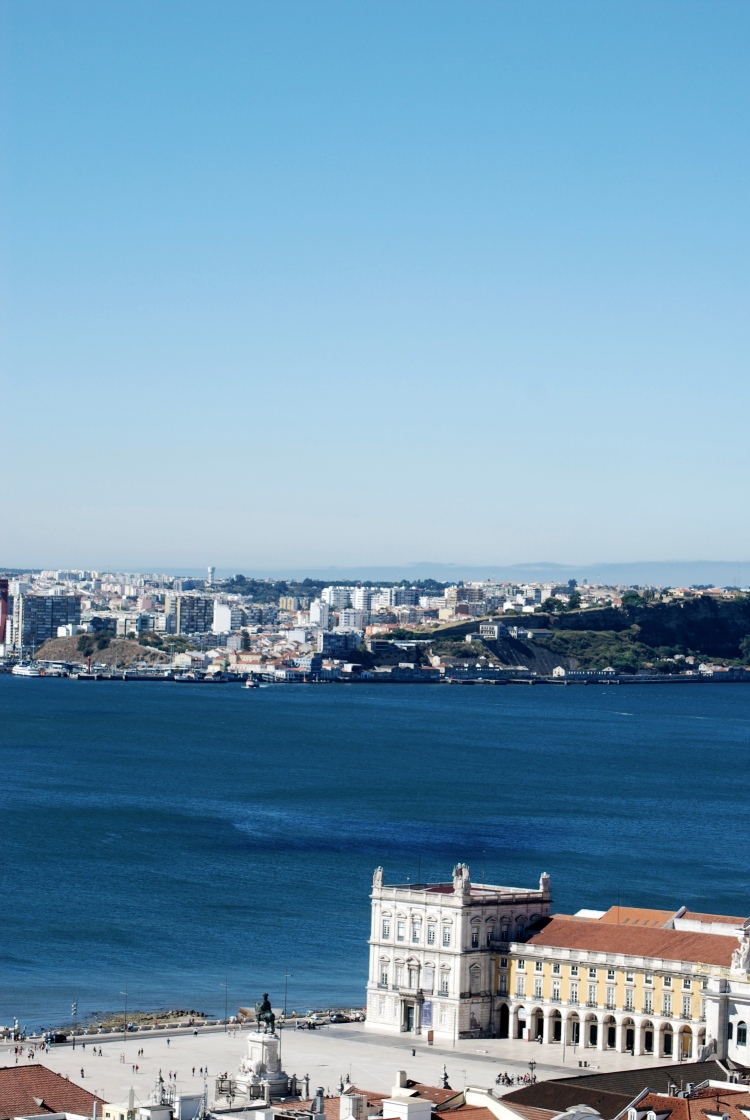 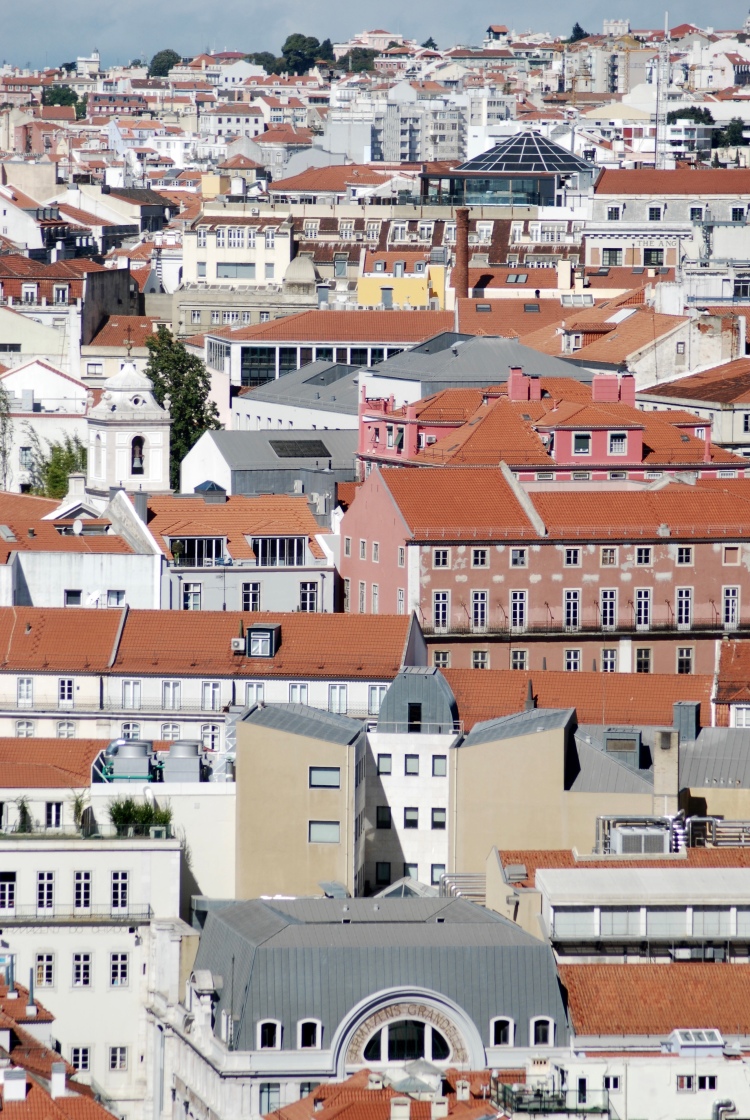 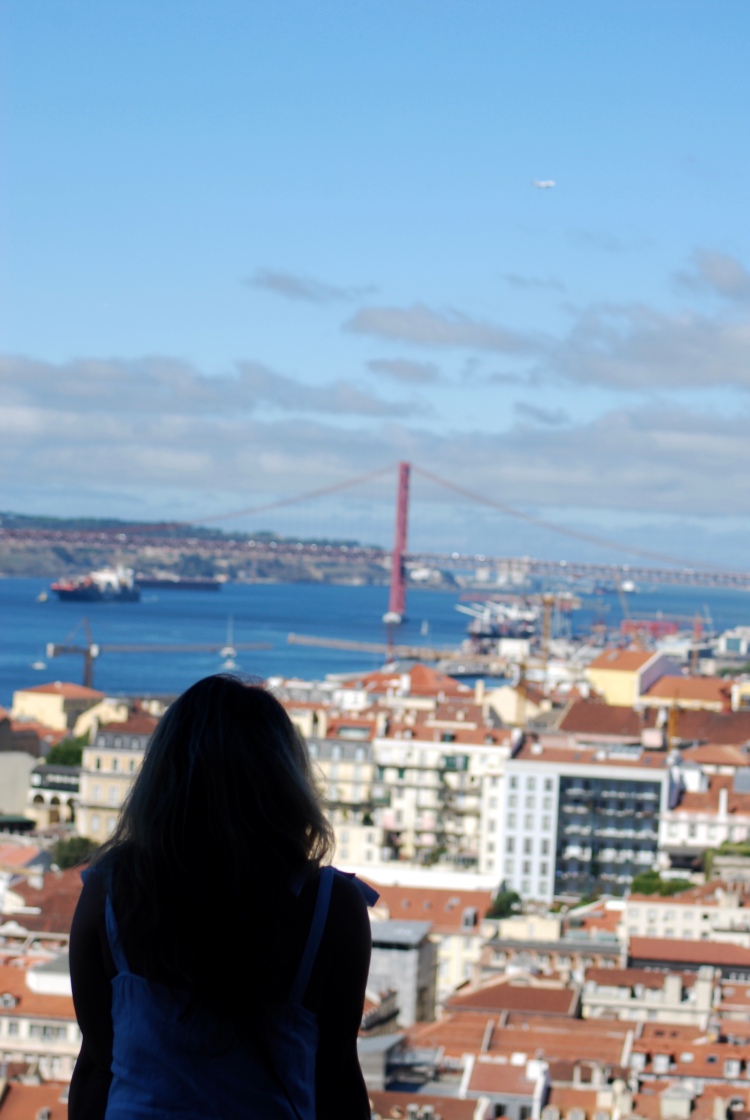 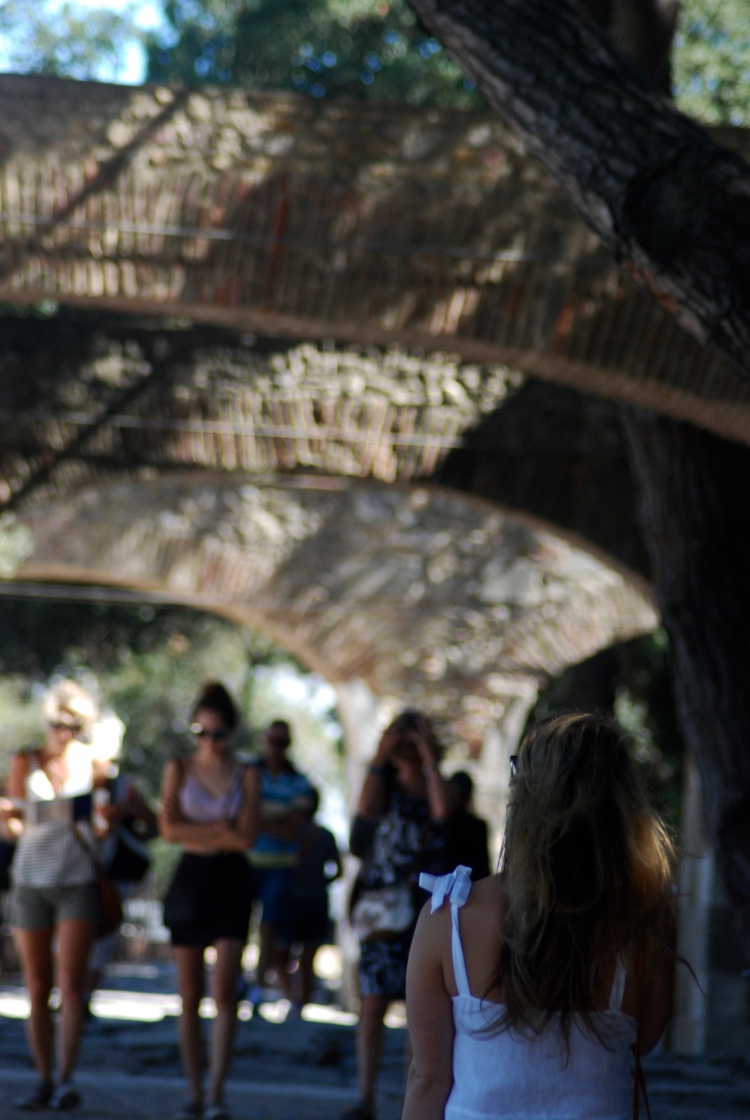 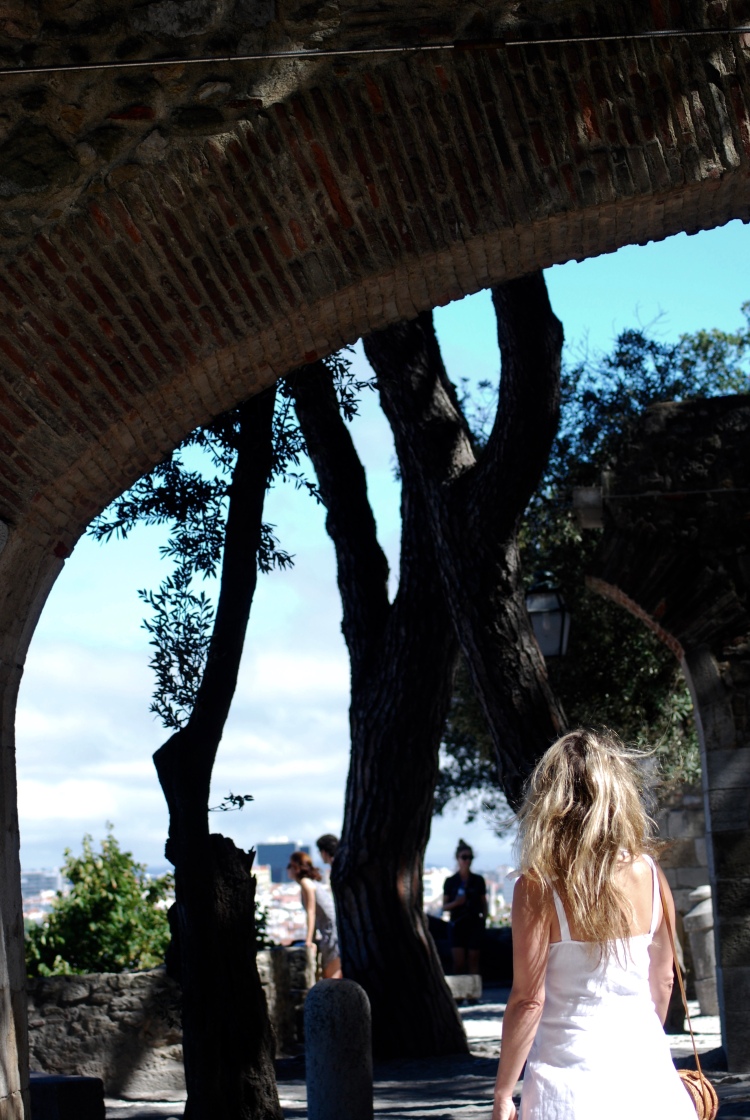 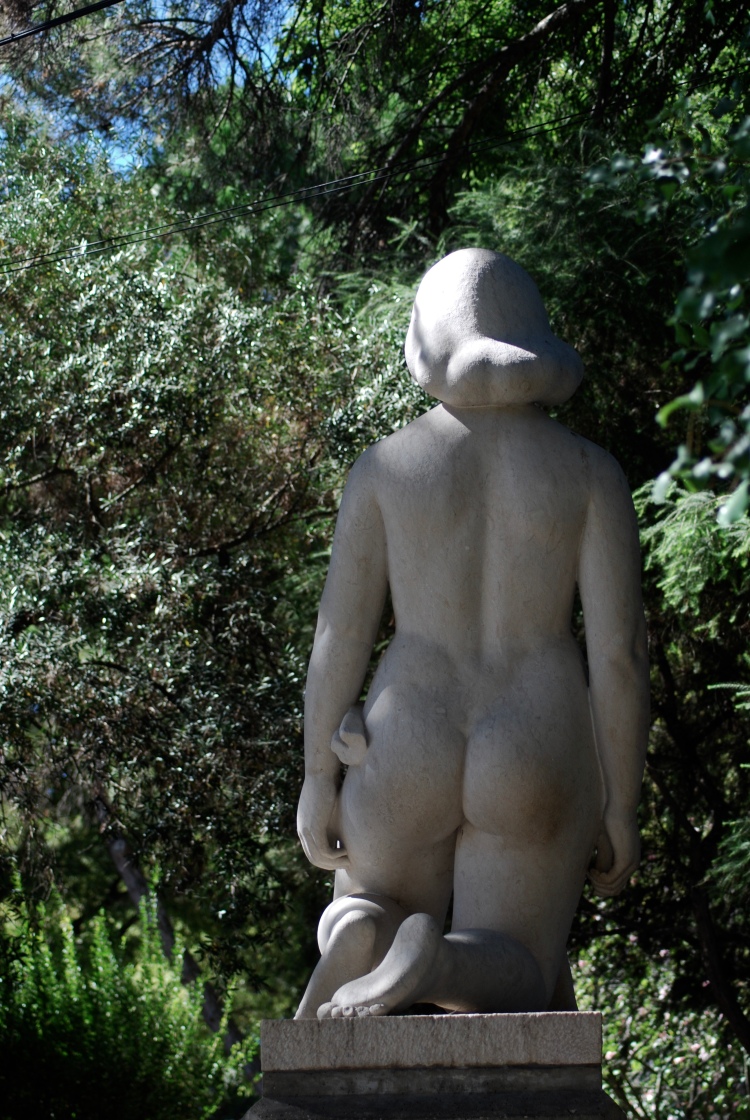 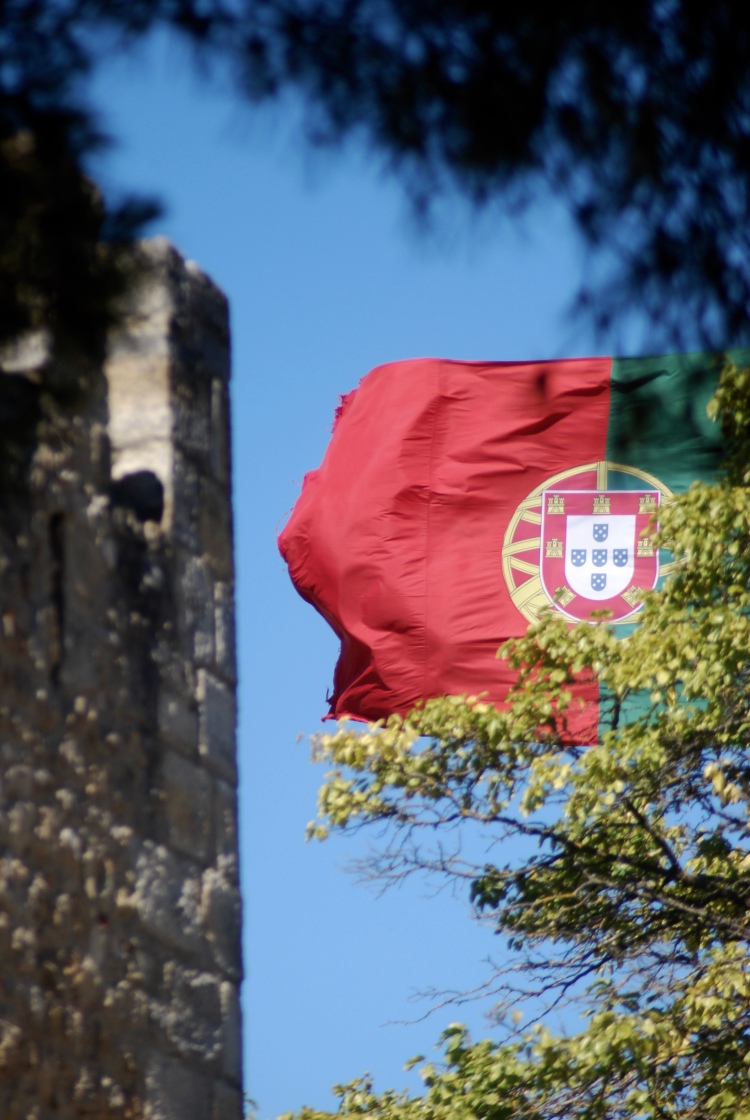 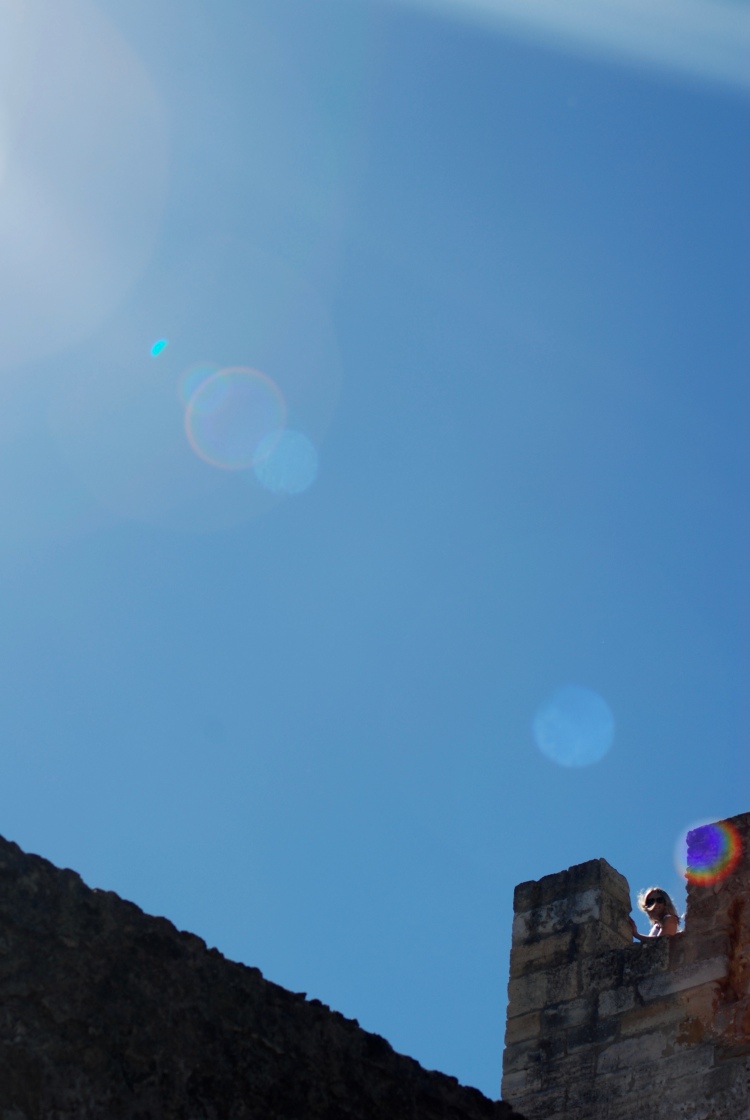 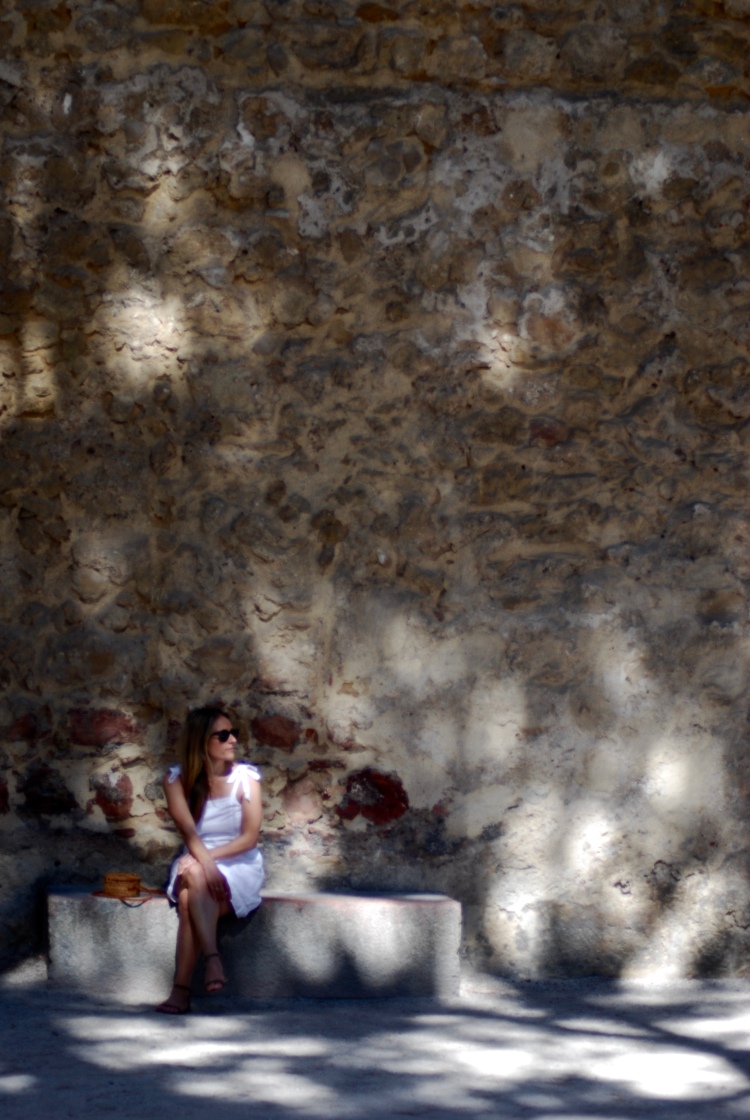 We started our stroll in the historical Alfama district, which was minutes from our apartment.  We walked up to the Castelo de S. Jorge to soak up the 360 degree views of the city.   The views of which were rather incredible, looking down to the river, and out to the 25 de abril bridge,  a sea of roof tops, a pallet of yellows, whites, rusty oranges and pinks, with the bluest of skies, a complete view of the city.   The castle which is over a millennium old, sits on one of the tallest of the seven hills of Lisbon, majestic and charming and is very much worth a visit.

From the castle we made our way down to the square, getting purposefully lost.  This area soon became my favourite with its cobbled streets, winding hilly pathways, endless houses and buildings of traditional tiles, white churches and little cafes, with washing hanging, balconies, and window flower boxes of colour.  Literally a photograph at every moment and a breath in at every corner. 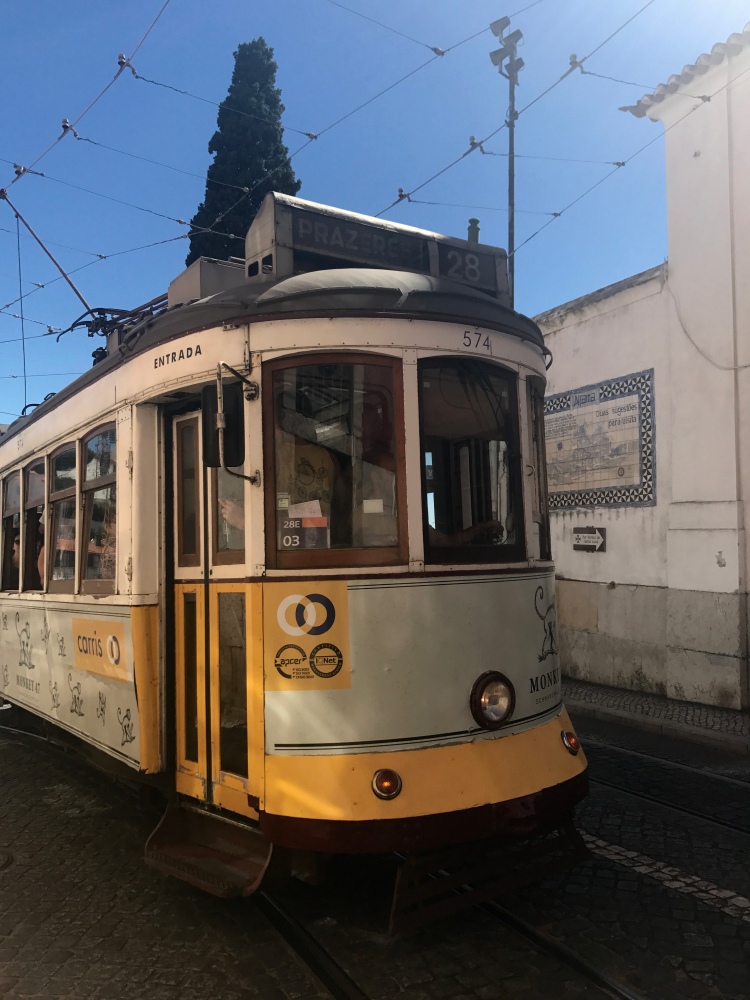 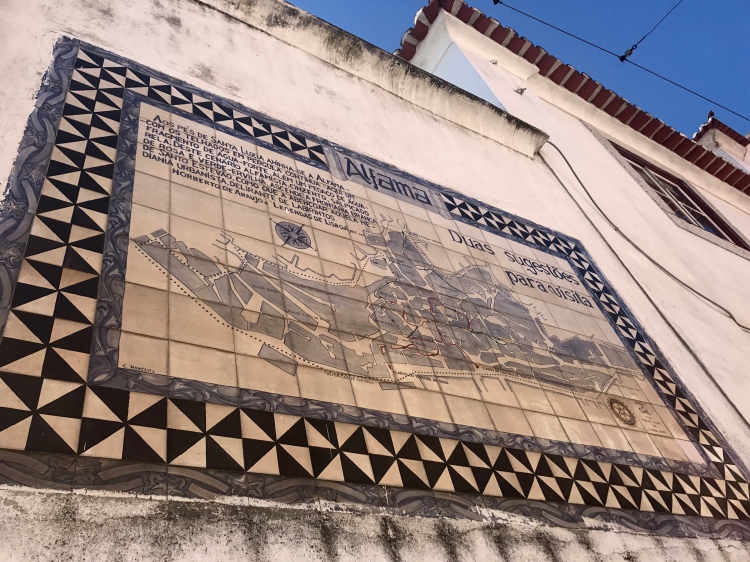 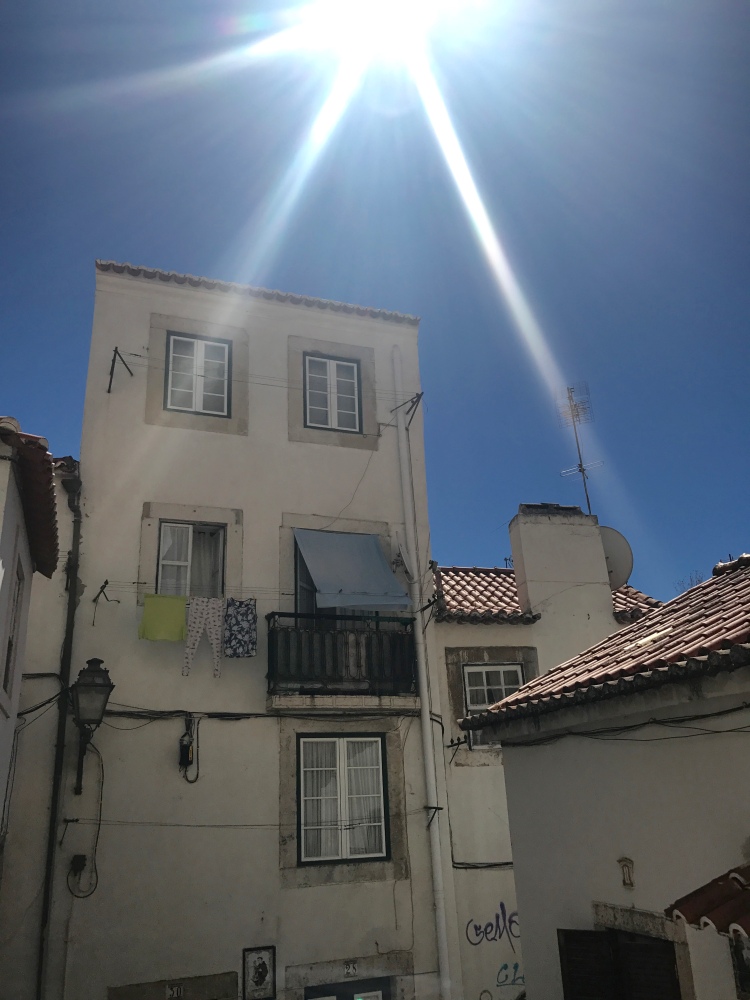 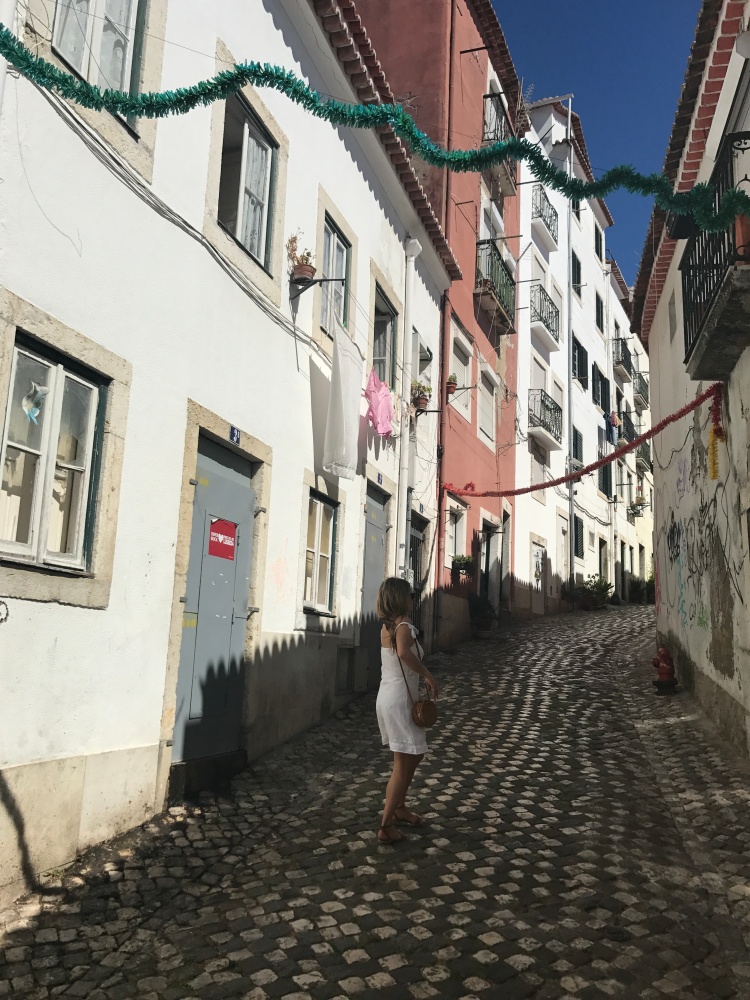 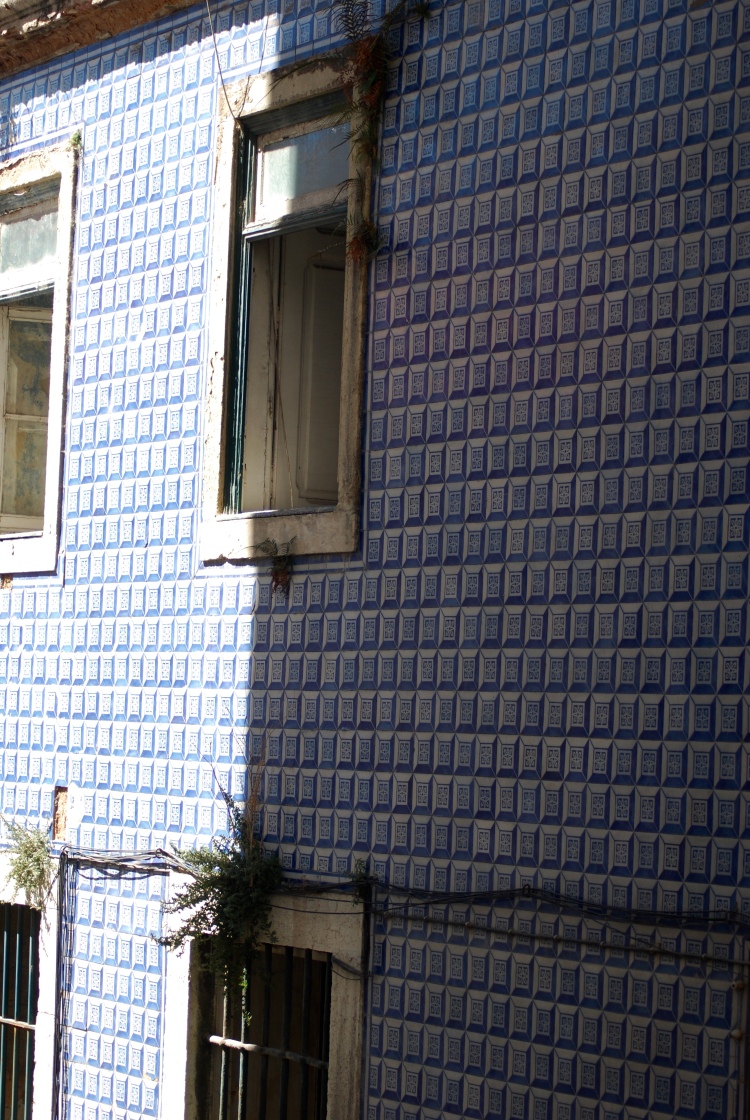 A quick hydration stop in Praça do Comércio, with the statue of King José the central piece of the square looking down on us.  The square was rebuilt on the footprints of the Royal Palace after the earthquake which hit Lisbon in 1755,   still hugely grand, with a regal air and yellow painted buildings, to match the passing trams, sitting opposite of the Tagus River, you can see why this was once named the gateway to Lisbon.  A hub of transport in this area too, so after resting our feet, knees and old thirty something bones with an iced drink, (it is after all the city of the seven hills!!)  we jumped on a tram to head out to Belém, in search for the Pasteis de Natato.  Just a note we picked up our tram tickets in the Terreiro do Paço metro station, just under the square.  We purchased a couple of cards which you could use for 24 hours and can be topped, all for use on trams, busses and the metro. 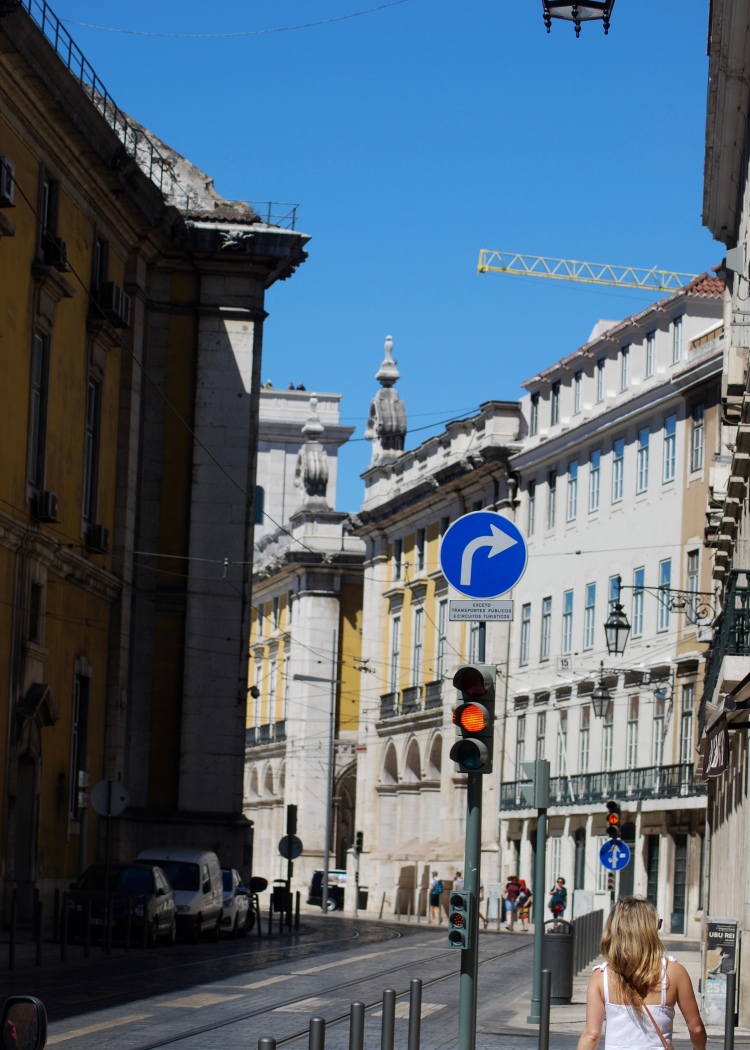 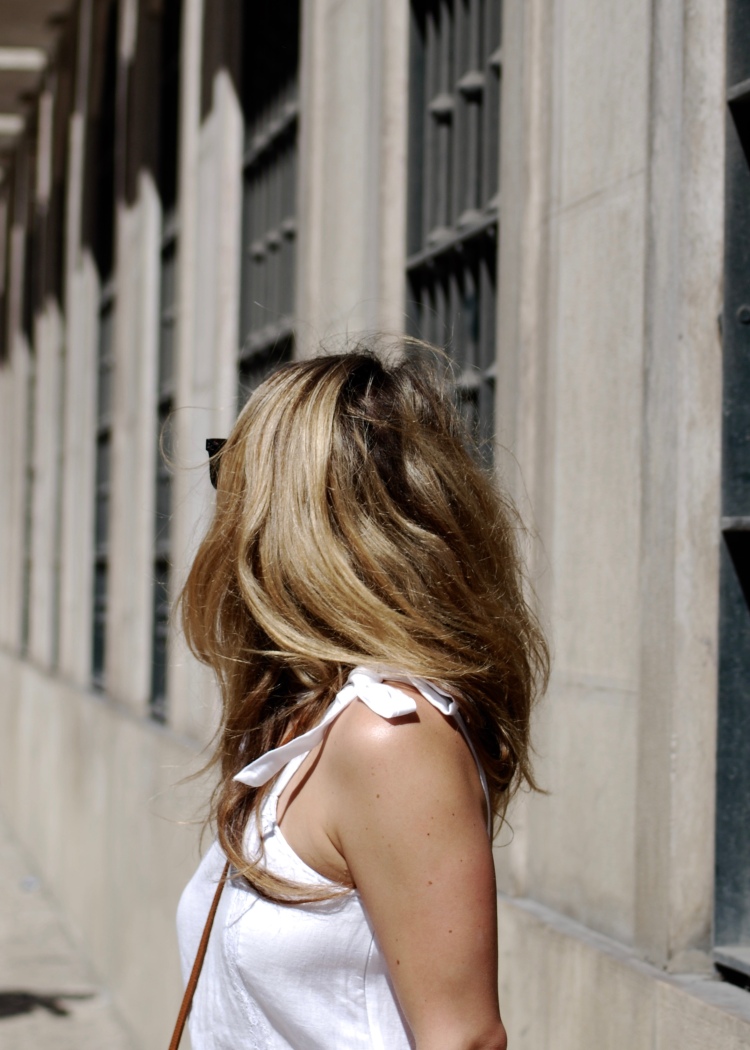 We jumped on the oldest, most busiest and rattliest tram in Lisbon, I have to say Lisbon was completely rammed at this time of year and this tram journey was really the realisation of it.  All good fun being squashed into a strangers arm pit, just like the London underground really but just a different view on exit.  It took about thirty minutes to reach Belém, West of the city,  we had hoped to visit the Mosteiro dos Jeronimos and Church of Mosteiro dos Jeronimos but the queues were crazy and there was not just one but about three, we really did consider it but I think we may still be standing there now.  It was a truly extraordinary construction which was stunning to see if only from the outside,  but hey any excuse to go back and well then we headed off for our sweet treats quicker.

Literally two minutes down the road stood Pasties de Belém, the home of the secret recipe since 1837, which apparently only three people know, for the sought after Pastel da nata, or custard tart to you and me.   Now I’m actually not usually the biggest fan of these sweet treats,  but I now know that I have been majorly duped by the supermarket  version at home.   These egg , vanilla, custard, glazed filo cups are literally bites of heaven, my word I’ve never had pastry like it, my mouth is watering as I write.  All washed down with a strong cup of coffee surrounded by those blue Portuguese tiles in the simplest but oh so beautifully traditional  setting.    So we may not have got our cultural fix of the Mosteiro dos Jeronimos but we certainly did here tucking into filo food  heaven,  just as cultural and just as historic and maybe even my preferred kinda on sightseeing….. 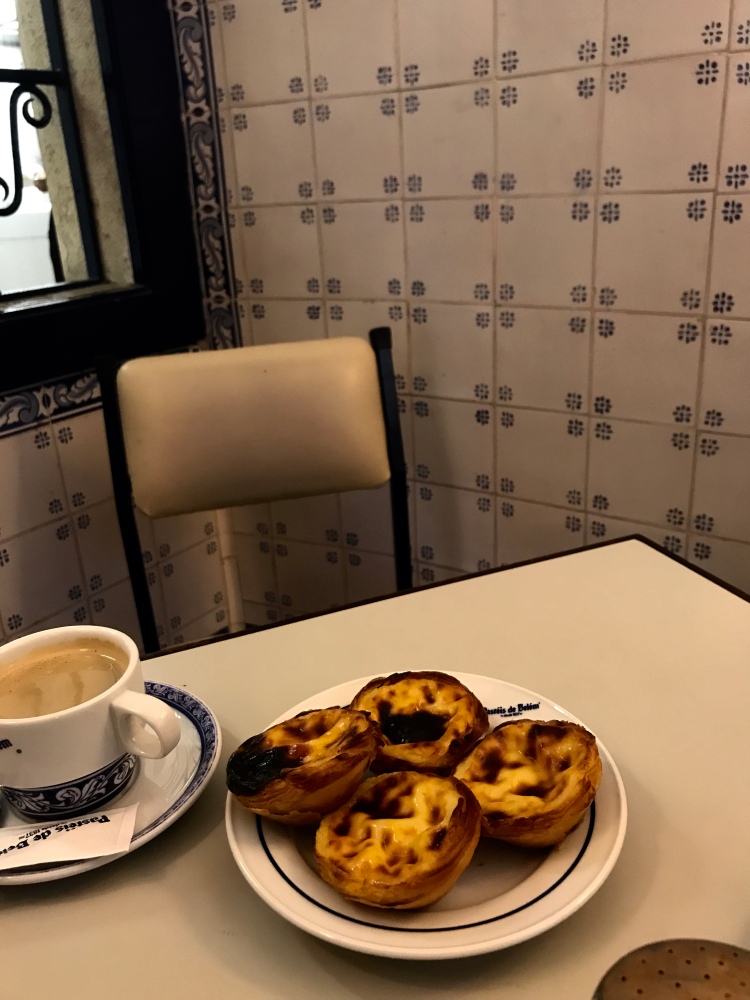 We flew with EasyJet

We stayed at the beautiful Baixa House

Thank you for reading x